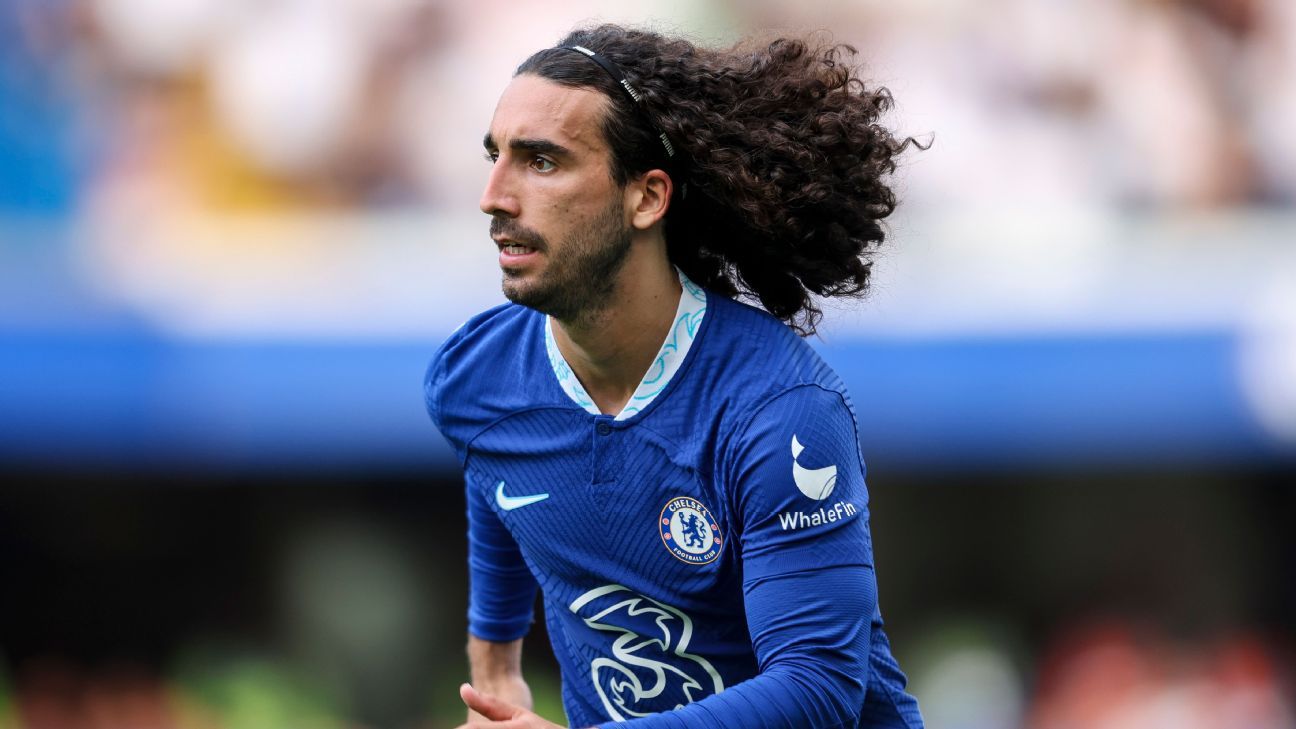 Marc Cucurella could have discovered himself on the Stamford Bridge turf after a painful tug of his hair by Tottenham Hotspur‘s Cristian Romero over the weekend, however the Chelsea defender stated on Wednesday that he has no plans to get a haircut.

When requested if he would ever get a haircut to keep away from the same destiny sooner or later, Cucurella grinned and instructed reporters: “No, no, by no means! That is my model.”

“For me it was clear and the video was clear, typically referees make good choices and typically they do not, however this isn’t my downside. I’m targeted on the sport,” he added.

“I noticed within the stadium they have been checking for a pink card and for me it was very clear, however that is soccer. On this recreation it was an error, in one other recreation the referee would take a great resolution.

“I’ve no downside with him [Romero], it was just one motion within the recreation. However perhaps it was an vital motion as a result of it is attainable to vary the ultimate outcome.”

Cucurella signed for Chelsea in a reported £62 million deal within the shut season from Brighton & Hove Albion and the Spaniard conceded it was “some huge cash and an enormous duty” for him.

“I am very glad to be right here,” he stated. “[Chelsea owner] Todd [Boehly] and the gaffer have been so considering me coming right here. I must work exhausting, adapt to the group and have it will to win and play good for the membership.”